It shouldn’t work, should it? The thought of putting fruit on a pizza seems to defy all good sense, and yet the Hawaiian has become a staple of modern cuisine. When Sam Panopoulos first mixed pineapple and ham in the 1960s, he had no idea that it would spark a culinary debate that still rages decades later.

Whether you’re a fan of the fruit or not, there’s something to be said for pairing opposites together. Chefs have long understood the importance of balancing sweet with savoury, and they’re not alone. Fiction has been doing it for years; pairing brash characters with quiet ones, bookworms with simpletons, do-gooders with Machiavellis. In music, genre fusions have given birth to whole new styles like Blues or Electro Swing. In love, we’re told that opposites attract. And yet despite all of this, we’re more inclined to associate with people whose opinions and backgrounds are similar to our own. Even with the knowledge that great things can come from opposition, we seek out the familiar, we cling to the tried and tested, and the reason for this may lie in our genetics.

A hundred thousand years ago, our ancestors thrived thanks to their ability to work together and strive towards a common goal. Early humans would forage together—one pulling down a branch while another plucked the fruit, for example—then share the food between them. Hunter-gatherers formed tight-knit social groups to keep each other safe, raise children and dramatically improve their hunting capabilities, which was made possible by the intense loyalty that they felt towards the rest of their tribe.

While this quality ensured their survival, its legacy puts us at a distinct disadvantage in the modern age. Humanity no longer exists in small, isolated pockets; through technological innovation we are now more connected to each other than we have ever been before. In an ideal world, this would bring us closer to people with disparate ideals or upbringings, but our brains are still hardwired to feel solidarity towards the tribe, meaning that we struggle to identify with anyone who appears outside of our tribe as a result.

Studies have shown that human decision-making is often rooted in emotion, where loyalties and perceived biases can take precedence over the rational point of view. For example, one American case in 1954 interviewed Princeton and Dartmouth students after watching a particularly dirty Princeton vs. Dartmouth football game, revealing wildly different opinions on which side had produced more fouls. When we assign emotive value to a particular group or ideology, any opposition to it is perceived as a threat to our own existence, evoking a similarly emotional response. This is why, in an argument where someone’s opinions are challenged, they tend to double down on their original point of view, closing their mind off to different perspectives as if they were literally under attack. It’s also why someone might struggle to rationalise a bigoted point of view that they hold, because it represents their emotional ties to a specific group, rather than a conclusion that they’ve reached through cold, hard logic.

And while our tribes may have gotten bigger—whether it’s favourite sports teams, nationality, ethnicity, gender, or even political and religious beliefs—the gulfs that divide them have grown larger as well. The rise of social media serves to exacerbate this problem, allowing us to seek out people of our own tribe and silence those we disagree with behind the all-powerful ‘unfollow’ button. You don’t need to look far to see the inherent danger in online echo chambers, and it’s clear from the potent emotional reactions following events like the Syrian refugee crisis, Brexit or the election of Donald Trump, that people will quickly abandon rational thought and attack those who oppose their tribe’s point of view.

So, when reflecting on the impact of tribalism in modern society, perhaps we should take some inspiration from the humble Hawaiian pizza. It might seem unpleasant at first, but if we ignore the emotional hunter-gatherer inside of us and engage our rational mind, it becomes clear that opposition really can be beneficial, especially when it’s sweet, crispy and covered in a large helping of mozzarella.

The Atlantic | Robert Wright | ‘Why Can’t We All Just Get Along? The Uncertain Biological Basis of Morality’

Everyone past a certain age has experienced it; an unexpected flash of silver, the mad dash for the tweezers. The realisation that your vitality is not sprung from an infinite well. Throughout history, humankind has only ever known mortality as a downward slope, the vestiges of youth fleeting and irretrievable. But will it always be that way?

Science fiction offers us a glimpse at futures where eternal youth is the norm. Whether by uploading to a digital consciousness, inhabiting a synthetic body, or contracting viral technology that turns you into an immortal superhuman, the genre has conceptualised many fanciful ways to cheat death. 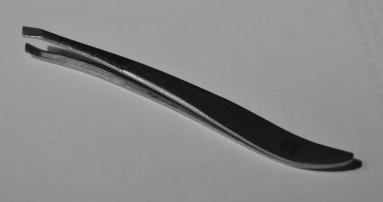 And though it may sound far-fetched, even now people are freezing themselves in liquid nitrogen, in the hopes that they’ll one day be revived by a world possessing such technology. In the harsh deserts of Arizona, hundreds of human popsicles lie in wait, hoping that they may yet have the last laugh.

Whether or not life-prolonging tech does come to fruition, the reality is that it won’t be happening anytime soon. However, that’s not to say we won’t see any improvements to our lifespan. In fact, current medical research is making huge strides in combating the effects of aging, with the goal of achieving not just life extension, but health extension.

Aging as a Disease

When looking at the effects of aging, researchers approach it as they would any other disease—by studying the symptoms and its underlying causes. External indicators like grey hair, wrinkles, or reduced mobility are all signs of internal processes breaking down. Cells become less effective and tissue wears out over time. While the exact cause of aging is unknown, current theories attribute it to a variety of factors which fall into one of two broad groups: damage-related causes and program-related causes.

Damage-related causes could be thought of as your body undergoing wear-and-tear. From background radiation or environmental chemicals, to diet, disease or injury, it all takes its toll, causing genetic damage that inhibits your body from functioning properly. On average, 0.6% of the DNA in human heart cells is damaged every year, and over several decades of accumulation this can reduce the muscle’s effectiveness and make it more susceptible to life-threatening illness. 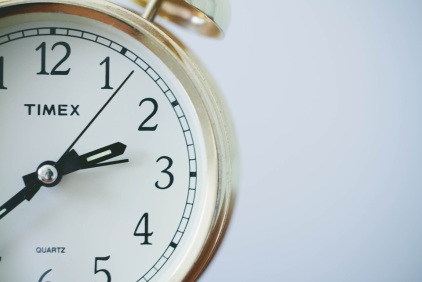 Fixing the problems associated with this wear-and-tear—or at least reducing their effects—could keep people healthy for longer, and so it’s no surprise that a large portion of medical research is focused on curing the ailments experienced with advanced age, like cancer, cardiovascular disease, Alzheimer’s or dementia. Eradicating these illnesses would prevent countless deaths and allow people to maintain a lifestyle more similar to that of their youth. But as Google/Calico CEO Larry Page claimed, curing cancer tomorrow would only add around 3 years to the average human lifespan. In other words: even without disease, time will eventually catch up with you.

Part of this is down to the program-related causes of aging. Namely, the human body has built-in processes that cause it to gradually deteriorate. The hypothalamus, a region of the brain designed to regulate temperature, hunger and mood—amongst other things—is programmed to change the body’s hormone levels as it gets older, encouraging the inflammation in various tissues that forms part of the aging process. Similarly, the DNA inside a cell is protected by telomeres; enzymes that coat the end of each chromosome to stop them from fraying, like the plastic caps on a shoelace. Each time a cell divides, the telomeres get shorter, which eventually leaves the chromosomes vulnerable to damage. Taken as a whole, these processes have caused some researchers to suggest that the human body has a hard-coded lifespan of around 115 years, and that no amount of medical expertise could help us overcome that limit.

The question, then, is what if you could somehow switch off those built-in processes? The answer may lie in epigenetics.

Human DNA is comprised of over 20,000 genes, which decide everything from the way we look and act, to our health and general well-being. Rather than changing the genetic material in our cells, epigenetics modifies the way those genes are expressed, turning them active or dormant to produce a wide range of effects. The body utilises this technique all the time, and part of the aging process itself involves certain genes being gradually switched on or off, to the detriment of one’s health.

In 2006, Nobel-winning scientist Shinya Yamanaka discovered a combination of four genes that, when activated, caused a cell to rejuvenate itself. The process, which has been refined by further research, undoes those epigenetic changes caused by aging. Scientists hope that by learning to harness these four genes, they may eventually find a way to stop the aging process altogether.

Of course, the research is still in its infancy, and even if such a goal were achievable, there are still many hurdles left to overcome. One study found that keeping the genes active for too long turned cells cancerous, and even if the process can be perfected in a lab, there’s no guarantee it would yield any real practical application.

So when it comes to techniques that might radically extend our lifespans, we’ve still got a long way to go. And that’s without discussing whether an aging population really needs people to stick around for longer than they do already. But with advances in medicine over the coming decades, we can expect to see less diseases associated with our bodies’ wear-and-tear, and grow old with a little more spring in our step.

We may never make it past that built-in expiry date, but even then, 115 years is nothing to sniff at.